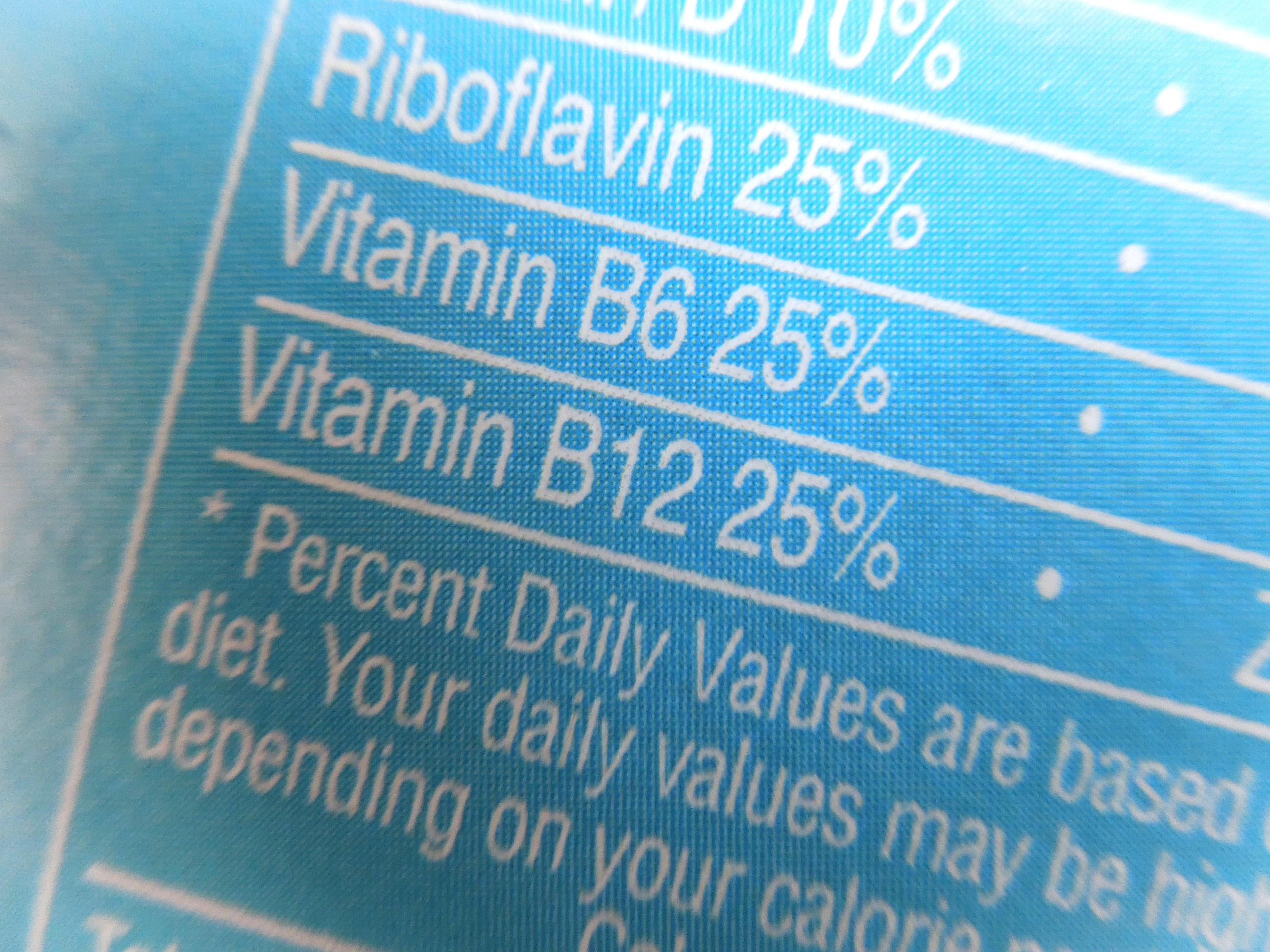 Although rare among adults in industrialized countries vitamin B12 deficiency is registered among 6% of those who are 60 and older, and this percentage increases with age to nearly 15%, according to surveys in the United States and the UK. In addition, close to 20% of the elderly have marginal vitamin B12 levels.

Other at-risk population groups include infants and young children, vegetarians and vegans, especially pregnant women who are vegetarians or vegans due to the increased demand for vitamin B12 during pregnancy and breast feeding, and those with the gastro-intestinal conditions that impede vitamin absorption.

Vitamin B12 deficiency is determined with a blood test, although deficiency symptoms may be present with the normal results and vice versa. The results should be interpreted by a doctor who takes into consideration the patient’s current health status. However, the general guidelines are following:

Another test, the Schilling test, is used to asses whether vitamin B12 is absorbed properly.

Although the dietary guidelines for vitamin B12 are set at 2.4 mcg/day, research indicates that this target may be inadequate even for the healthy population, not to mention those with poor vitamin absorption.

One study indicates that in healthy people aged 18-50 with normal absorption an intake of 4-7 mcg/day of vitamin B12 from foods is associated with optimal blood levels. (Daily intake of 4 to 7 microg dietary vitamin B-12 is associated with steady concentrations of vitamin B-12-related biomarkers in a healthy young population. Bor MV, von Castel-Roberts KM, et al. Am J Clin Nutr. 2010 Mar; 91(3):571-7).

CAUSES OF VITAMIN B12 DEFICIENCY

Most common causes of vitamin B12 deficiency are:

SYMPTOMS OF VITAMIN B12 DEFICIENCY

An average adult body contains 2-5 mg of vitamin B12, with about 80% of it stored in the liver, some in the kidneys. Since vitamin B12 can be stored, re-absorbed into the liver, and is being used up rather slowly at the rate of 2-4 mcg a day, vitamin B12 deficiency may take 4-5 years of insufficient dietary intake or the absence of intrinsic factor to manifest itself.

The general symptoms of vitamin B12 deficiency are:

Vitamin B12 is required in the production of the nucleic acids that make up DNA, the genetic material of our cells. Rapidly produced cells, such as white blood cells, use vitamin B12 at a higher rate. Sufficient amounts of B12 are crucial for the proper functioning of the immune system, because white blood cells are constantly on a look-out for abnormal (cancerous) cells, cellular debris and pathogens (bacteria, viruses, parasites) that they identify and destroy.

In the presence of vitamin B12 deficiency insufficient amounts of white blood cells are produced and the existing ones cannot function to their full capacity leading to impaired immune function and increased susceptibility to infection. As a result, unchecked pathogens lead to disease, elevated oxidative stress, inflammation which all drain the body’s glutathione resources.

Also, our glutathione levels are affected by unsufficient levels of vitamin B12 in another way - vitamin B12, together with folate (B9) and vitamin B6 (all three are glutathione cofactors),  participates in the methylation cycle (or methionine cycle) which transforms amino acid methionine to homocysteine and back to methionine, and the closely related transsulfuration cycle (mediated by B6) which converts homocysteine to cysteine and taurine. Cysteine, a byproduct along the long chain of complex reactions of these cycles, is used by cells to make glutathione. In fact, according to the recent study “Blood glutathione redox status and global methylation of peripheral blood mononuclear cell DNA in Bangladeshi adults” (Niedzwiecki MM, Hall MN, Liu X et al. Epigenetics. 2013 Jul;8(7):730-8.), approximately 50% of the cysteine used in the production of glutathione is derived from the conversion of homocysteine to cysteine through the transsulfuration pathway.

Also, vitamin B12 is necessary for the proper cell formation in the digestive tract. This vitamin's deficiency leads to nausea, vomiting, loss of appetite, diarrhea, sore mouth and tongue and poor absorption of nutrients from food, many of which are glutathione cofactor vitamins and minerals that assist in the formation of a glutathione molecule, its recycling and the proper functioning of the whole glutathione enzymatic system.

Glutathione protects vitamin B12 from depletion by various chemical compounds resulting from metabolism, thus playing an important role in preventing the diseases caused by vitamin B12 deficiency.

Glutathione is also required to transform cyanocobalamin form of vitamin B12, most commonly used in supplements and fortified foods, to metabolically active forms that can be used by the body (see details in the paragraph The Best Form of Supplemental Vitamin B12 below).

HOW TO CORRECT VITAMIN B12 DEFICIENCY

Up until recently the only way to keep normal vitamin B12 in people with chronic malabsorption has been lifelong vitamin B12 injections that bypass the digestive system altogether. But the recent research indicates that high enough doses of oral vitamin B12 are as effective as the vitamin injections which are much more expensive and require regular office visits. Even in the absence of intrinsic factor vitamin B12 can be absorbed by diffusion – about 1% of a high enough dose, which is usually 1,000 mcg/day.

Here is a paper published by a practicing physician where he explains the positive effect of high doses of oral vitamin B12 in the cases of malabsorption: “Swallow your pride” by Ralph Jones, MD. Dr. Jones indicates that “in individuals lacking intrinsic factor (or for any other form of malabsorption) the amount of B12 passively absorbed from 500 mcg taken orally per day is equivalent to a 1,000 mcg injection per month”.

Dr. Carmel warns that oral vitamin B12 is absorbed less efficiently after a meal than on an empty stomach – 1.8-7.5 mcg versus 2.8-13.4 mcg of a 500 mcg dose. Small doses of 5-10 mcg are effective to correct slight deficiencies only in the presence of intrinsic factor, and not in malabsorption diseases which require at least 1,000 mcg oral doses daily. 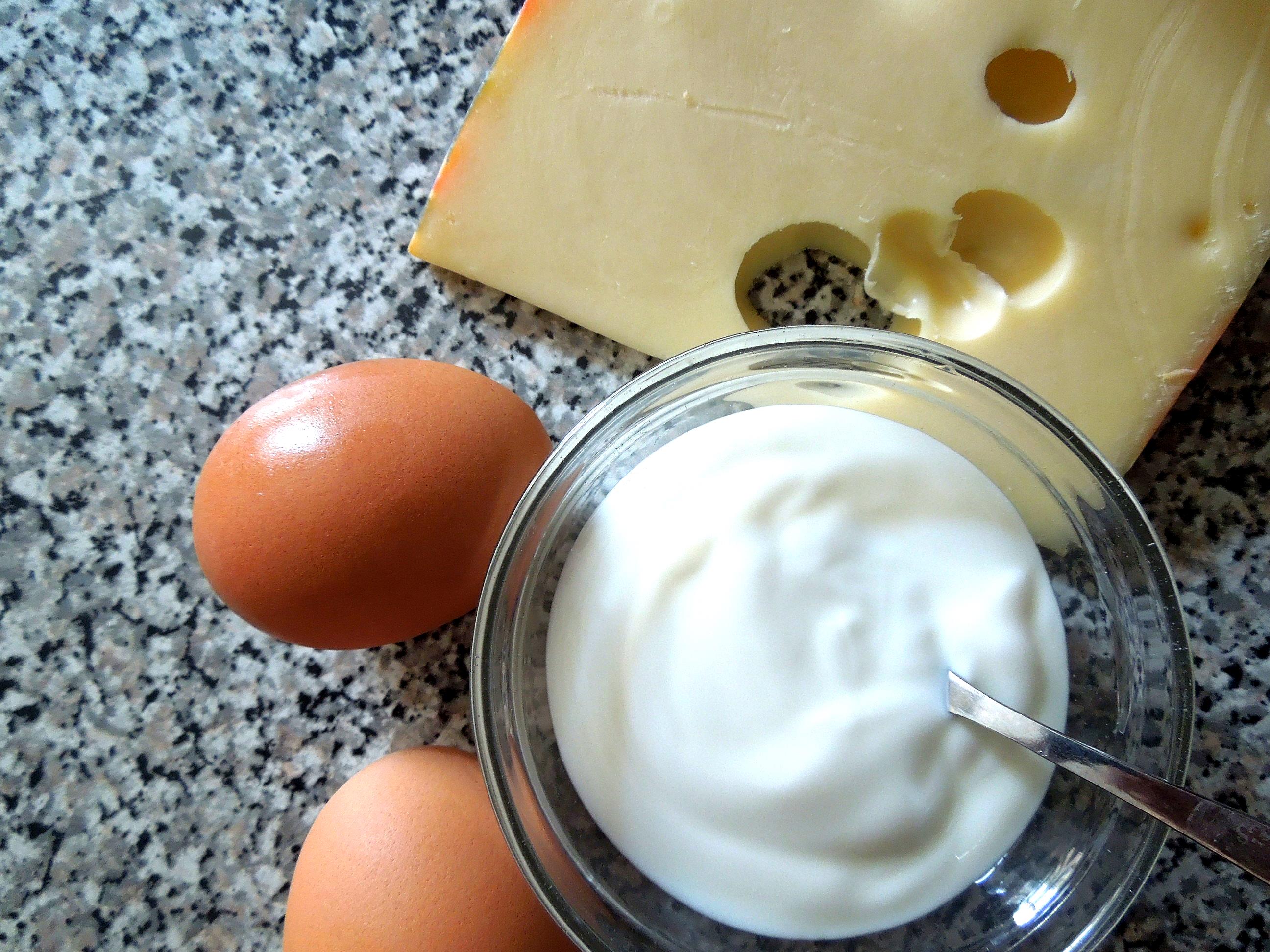 If vitamin B12 deficiency is caused by insufficient intake from foods, and malabsorption is not an issue, and if the deficiency has not progressed too far, it can be corrected with small doses of supplemental vitamin B12 (5-10 mcg/day) and an increased intake of vitamin B12 rich foods:

It is estimated that approximately 50% of dietary vitamin B12 is absorbed in healthy individuals with normal gastro-intestinal function. A Norwegian population based study of almost 6,000 subjects indicates that the rate of dietary absorption also depends on the food source: vitamin B12 from dairy and fish is more bioavailable and is associated with higher plasma levels than vitamin B12 from meat and eggs (Dietary sources of vitamin B-12 and their association with plasma vitamin B-12 concentrations in the general population: the Hordaland Homocysteine Study. Vogiatzoglou A, Smith AD, Nurk E et al. Am J Clin Nutr. 2009 Apr;89(4):1078-87).

Vitamin B12 is sensitive to heat and light, so the amounts in food may decrease during storage and cooking.

Most researchers and nutritionists agree that vegans and strict vegetarians should take supplemental vitamin B12 at least at a low dose of 5-10 mcg/day, because such plant sources as nori, shiitake mushrooms, certain beneficial microbes (from fermented foods and yeasts) and fortified cereals do not provide sufficient amounts of vitamin B12 to keep plasma levels at optimal levels continually. As I stated above, the daily required minimum of 2.4 mcg may not be enough for optimal plasma levels (Bor MV et al.). With insufficient dietary intake the liver stores of vitamin B12 will become depleted eventually, although the deficiency symptoms may take up to 5 years to develop.

Here is the analysis of various plant sources of vitamin B12 and their bioavailability that may be helpful for vegans and strict vegetarians - "Vitamin B12-containing plant food sources for vegetarians." Watanabe F, Yabuta Y et al. Nutrients. 2014 May 5;6(5):1861-73. This review finds nori (dried purple laver) the most viable source for vegans and strict vegetarians at 32.3 mcg of vitamin B12 per 100 g (3.5 oz), however, consuming enough nori daily to meet the B12 dietary requirements may be cost prohibitive.

And here is what The Vegan Society has to say about vitamin B12 in a vegan diet.

THE BEST FORM OF SUPPLEMENTAL VITAMIN B12 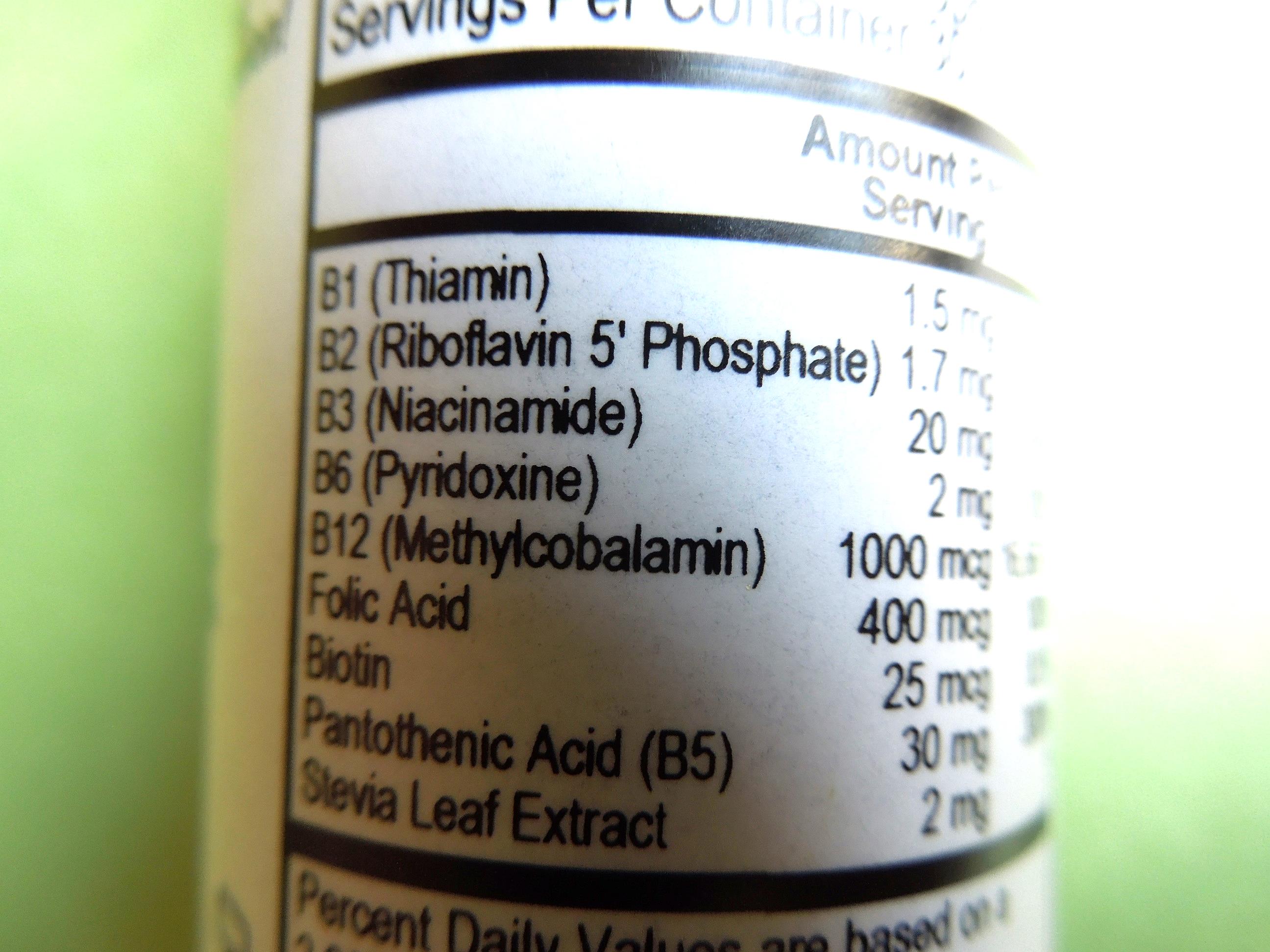 There are four known forms of vitamin B12 in humans: cyanocobalamin, methylcobalamin, hydroxycobalamin and adenosylcobalamin.

Methylcobalamin is one of the two biologically active forms of vitamin B12 (the other one is adenocylcobalamin) and the main circulating form capable of being transported through the tissues. These two active forms are also referred to as cobalamin coenzymes.

Methylcobalamin is the form of vitamin B12 that enzyme methionine synthase uses in the methylation cycle (methionine cycle) that transforms methionine to homocysteine and back to methionine.

However, the most common form of vitamin B12 that you see on the labels of supplements is cyanocobalamin. This form requires decyanation for it to be used in the methylation cycle. This decyanation of cyanocobalamin requires reduced (active) glutathione which forms a complex with the cobalamin called glutathionionylcobalamin (GS-Cbl) which then can be used by enzyme methionine synthase. GS-Cbl can also be further transformed into both active forms, methylcobalamin and adenocylcobalamin. (Glutathionylcobalamin as an intermediate in the formation of cobalamin coenzymes. Pezacka E et al. Biochem Biophys Res Commun. 1990 Jun 15;169(2):443-50).

When you are considering a vitamin B-12 supplement, a B-complex supplement or a multi-vitamin, pick one that provides vitamin B12 in the form of methylcobalamin to be used in methylation directly avoiding the use of glutathione for these complex transformations to the usable forms.

Methylcobalamin is highly sensitive to light, so it is not used in vitamin B12 injections. Cyanocobalamin is the most commonly used form in injections in the US.

Ray takes supplemental B-complex as part of his peripheral neuropathy regimen. He used to take one with B12 as cyanocobalamin, however we switched him to methylcobalamin after doing this research.

B-complex supplements with the methylcobalamin form of B12, and in a liquid form for better absorption, are hard to come by. We have found this one that we can recommend /affiliate link/:

3. "The New Encyclopedia of Vitamins, Minerals, Supplements and Herbs" by Nicola Reavley.

4. "Prescription For Nutritional Healing" by Phyllis A. Balch, CNC.

6.  Pilot study of the effect of methyl B12 treatment on behavioral and biomarker measures in children with autism. Bertoglio K, Jill James S et al. J Altern Complement Med. 2010 May;16(5):555-60.

15. "The Methionine-Homocysteine Cycle And Its Effects On Cognitive Diseases" by Alan L. Miller, ND.