Treatment For Fibromyalgia:
the glutathione connection 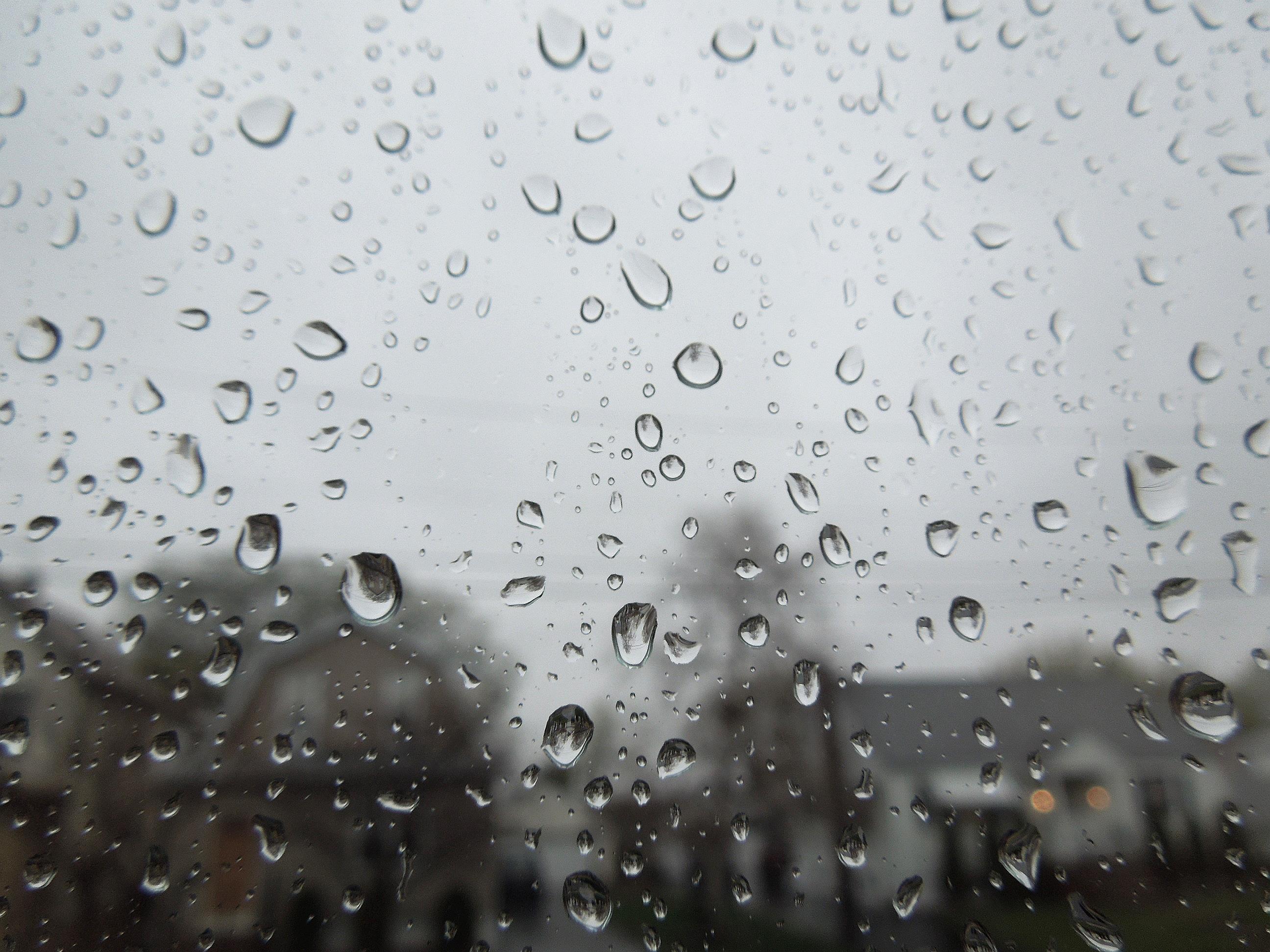 What makes it especially difficult to prescribe a successful treatment for fibromyalgia is that the exact causes are still unknown. And there are no tests to diagnose this condition with absolute certainty. Some researchers classify fibromyalgia as a type of a rheumatic disorder; some place it in the same category as the Gulf War syndrome, environmental illness and multiple chemical sensitivity generally known as idiopathic environmental intolerances (“idiopathic” means “of unknown cause”). Fibromyalgia may also be mistaken for chronic fatigue syndrome since these two conditions share many symptoms. Some doctors prescribe treatment for fibromyalgia viewing it as a hypothalamus dysfunction that affects hormonal, adrenal and sleep systems.

Mitochondria are tiny engines inside all our cells that produce energy from nutrients and oxygen fueling all movement in tissues and muscles. According to Dr. Jacob Teitelbaum, a world renowned expert on fibromyalgia and chronic fatigue syndrome, if muscles do not have enough energy, they get stuck in the shortened position and cause pain as seen in fibromyalgia patients.

One recent study investigated a whole range of oxidative/antioxidant markers in 45 female fibromyalgia patients and 25 age-matched healthy controls: lipid and protein peroxidation, oxidative DNA damage, total antioxidant capacity (TAC), and antioxidant enzyme activities and compounds. The results showed that all fibromyalgia patients had a significant increase in oxidative DNA damage and protein carbonyl content (a biomarker of oxidative stress), as well as excessive levels of copper and ceruloplasmin (a biomarker of acute and chronic inflammation), and diminished levels of TAC and zinc. Zinc is an important glutathione cofactor and low levels of zinc lead to low glutathione levels and suppression of the immune system. Zinc is also required as a component of the crucial antioxidant enzyme superoxide dismutase (SOD). Levels of SOD and two other important antioxidant enzymes, glutathione peroxidase (GPx) and catalase (CAT) were lower in fibromyalgia patients versus healthy controls. SOD neutralizes highly damaging superoxide radical, while GPx and CAT - hydrogen peroxide and hydroxyl radical. Low SOD is always observed in connection with low plasma glutathione levels. These finding demonstrate an imbalance in the oxidant-antioxidant status of fibromyalgia patients which is likely to aggravate their symptoms. (Is fibromyalgia-related oxidative stress implicated in the decline of physical and mental health status? La Rubia M, Rus A. Clin Exp Rheumatol. 2013 Nov-Dec 31(6 Suppl 79):S121-7).

Also, brain is extremely susceptible to oxidative damage, hence the possible root cause of the hypothalamus dysfunction seen as the cause of fibromyalgia. This is due to the fact that brain cells do not produce much catalase, relying mostly on glutathione peroxidase to combat hydrogen peroxide and hydroxyl radicals. This happens most effectively while we are in a deep sleep. Disturbance of deep sleep prevents these antioxidant activities from being effective creating a vicious cycle of never ending oxidative damage and worsening of the health condition.

This research indicates that the treatment for fibromyalgia should concentrate on the restoration of the redox balance and on the reversal of the acute oxidative stress damaging DNA and the energy-producing mitochondria, which may be achieved only through the glutathione optimizing therapies.

Glutathione produced in each and every cell of the body is the cornerstone of immune health and the master antioxidant that regulates all other antioxidants, restores some of them to their active state (e.g. vitamins C and E and alpha-lipoic acid), repairs DNA damage, decreases free radical and oxyradical damage inside and outside the cells, detoxifies numerous heavy metals and toxins, transfers energy from mitochondria to the cell (obviously, an impaired mechanism in fibromyalgia and other conditions characterized by severe fatigue). Glutathione is so important that its low levels serve as a signal for a cell to activate cell death mechanisms. (Glutathione efflux and cell death. Franco R, Cidlowski JA. Antioxid Redox Signal. 2012 Dec 15;17(12):1694-713 ).

More details on glutathione and its many vital functions can be found on our page Glutathione (GSH).

Although the connection of fibromyalgia to low glutathione has not yet been studied extensively, suboptimal glutathione levels have indeed been found in patients with fibromyalgia. In one study that examined 37 patients versus 37 healthy controls serum glutathione and catalase levels were significantly lower in patients with fibromyalgia than in controls. In addition, the correlation between glutathione level and morning stiffness was found to be significant. The research team came to the conclusion that these two antioxidants might have impact on the pathogenesis of fibromyalgia. (Serum antioxidants and nitric oxide levels in fibromyalgia: a controlled study. Sendur OF, Turan Y et al. Rheumatol Int. 2009 Apr; 29(6):629-33).

Chronic inflammatory state is always accompanied by low glutathione levels because it produces high amounts of free radicals that the antioxidant network and glutathione have to work extra hard to neutralize. An inflammatory state accompanied by an altered stress response, manifested by an increased release of inflammatory cytokines, high circulating levels of C-reactive protein (an inflammatory biomarker), and high levels of cortisol (the so-called “stress hormone” elevated levels of which are connected with a whole host of health concerns and a suppressed immune system), were found in 25 fibromyalgia patients in the study Inflammatory/stress feedback dysregulation in women with fibromyalgia (Bote ME, García JJ et al.) published in Neuroimmunomodulation in 2012.

It is not clear whether low glutathione levels are a cause or a result of fibromyalgia. However, in her book “Prescription for Nutritional Healing” Phyllis Balch, CNC, mentions the following possible triggers of fibromyalgia:

All of them are known factors of glutathione depletion, especially if nutritional deficiencies of glutathione building blocks and cofactors are present (not at all an uncommon thing in our fast-paced lives). Additionally, none of these possible triggers exists alone, and their combined effect, aggravated by daily exposure to toxins, becomes a tipping point for glutathione levels.

RAISING GLUTATHIONE AS A TREATMENT FOR FIBROMYALGIA

Treatment for fibromyalgia aimed at raising and maintaining optimal glutathione levels may be the key to successful reversal of the fibromyalgia symptoms.

For example, in one placebo-controlled study fibromyalgia patients were treated with SAMe which is the amino acid methionine partially converted to cysteine. Cysteine is a crucial building block for glutathione. The availability of cysteine is a limiting factor in how much and how fast cells can produce glutathione. Our bodies are able to convert methionine into cysteine, SAMe being an intermediary step in this process. The resulting cysteine can be used for glutathione production. However, this process can be easily interrupted if there are nutritional deficiencies of folate and vitamin B-12 (both are glutathione cofactors), a common occurrence in fibromyalgia patients who often suffer from malnutrition. Although SAMe was used in this study primarily to address depression (most common medical use of SAMe) and the glutathione levels were not the subject of investigation, this treatment for fibromyalgia showed that the number of painful anatomic sites decreased after administration of SAMe. (Evaluation of S-adenosylmethionine in primary fibromyalgia. A double-blind crossover study. Tavoni A, Vitali C et al. Am J Med. 1987 Nov 20;83(5A):107-10). SAMe is mentioned as one of the possible ways to improve glutathione levels in the book “Glutathione (GSH). Your body’s most powerful protector” by Dr. Jimmy Gutman.

Oxidative stress decreased and all antioxidant parameters improved in the study that examined the effects of 12-week combined exercise therapy in 30 fibromyalgia patients. Pain intensity, the number of tender points and depression scores improved significantly as a result of this therapy. The conclusion was reached that "we should focus on oxidative stress in the treatment for fibromyalgia with the main objective of reducing oxidative load". (Effects of 12-week combined exercise therapy on oxidative stress in female fibromyalgia patients. Sarıfakıoğlu B, Güzelant AY et al. Rheumatol Int. 2014 Oct;34(10):1361-7). Moderate exercise is known to improve glutathione levels.

Also, treatment for fibromyalgia with the glutathione cofactors, vitamins C and E, resulted in lower lipid peroxidation levels after 12 weeks of supplementation. Plasma concentration of reduced (active) glutathione was lower in the patients than in healthy controls and it increased with supplementation. Glutathione peroxidase activity in erythrocytes was also increased. (Vitamins C and E treatment combined with exercise modulates oxidative stress markers in blood of patients with fibromyalgia: a controlled clinical pilot study. Nazıroğlu M, Akkuş S. Stress. 2010 Nov; 13(6):498-505). The pain symptoms did not improve however, because treatment for fibromyalgia with these two cofactors can improve the activity of the existing glutathione, but does not create new molecules, and thus these vitamins are not enough to optimize glutathione levels to the point that would allow the body to start and carry out the reparative process, especially when fibromyalgia has been affecting all the systems for years, in some cases decades.

What would it take to optimize and maintain glutathione levels to give the body a chance to start the healing process? There are many ways to raise glutathione: natural supplements, foods, cofactor vitamins and minerals, pharmaceutical interventions, and most importantly – the amino acid precursors, especially cysteine, and in the form that the cells can use, without which the GSH molecule cannot be formed. All these methods, and their pros and cons, are discussed in detail on our page How To Raise Glutathione.

2. "Glutathione. Your body's most powerful protector" by Dr. Jimmy Gutman.

9. The abstracts of the studies mentioned in the text.

What are the glutathione precursors (building blocks)?

Cysteine – the rate-limiting precursor of glutathione.

The role of glutathione cofactors.

Glutathione enzymes and their function within the glutathione system.