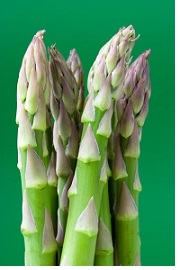 Daily glutathione intake from glutathione foods averages 100-150 mg. A healthy adult has about 10g of glutathione circulating in the body tissues. Thus, dietary intake comprises only 1-1.5% of circulating GSH.

The rest of glutathione is produced by cells using glutathione precursors - amino-acids glutamate, glycine and cysteine, the latter being the limiting factor of how much glutathione your cells are able to produce.

Cooking reduces glutathione content in foods, so do the length and conditions of storage and farming practices. Only uncooked raw vegetables, fruit, raw eggs, raw unpasteurized milk and dairy, raw or rare meats are rich in glutathione. Cooked, pasteurized and processed foods contain far less glutathione or none at all.

For example, one study showed 73-80.6% reduction in glutathione content of human breast milk after mere 2 hours of being frozen (80.6%), refrigerated (79.1%) or kept at room temperature (73%) for later use as food for infants. This is a significant drop compared to fresh unstored breast milk, taking into account the fact that breast milk is the only source of glutathione for newborns and babies as they do not yet produce much on their own (Human breast milk storage and the glutathione content. Ankrah NA  et al. J Trop Pediatr. 2000 Apr;46(2):111-3).

Below is the table of some of the raw (uncooked) glutathione foods.


Certain chemicals (cyanohydroxybutene, diindolylmethane, glucoraphanin, sulphraphane, indole-3-carbinol, betalains and chrolophyll) found in foods and spices are known to contribute to glutathione production in the body, assist in recycling oxidized glutathione back to its reduced (non-oxidized) form, and also boost the synthesis and the activity of important glutathione enzymes – glutathione peroxidase (GPx) and glutathione S-transferase (GST).

How To Raise Glutathione: pros and cons of most known methods