Benefits of zinc and its role
as a glutathione cofactor 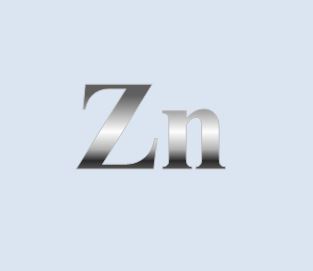 Many of the health benefits of zinc have been identified only a few decades ago although this mineral’s importance for maintaining health was first recognized back in the 1930s.

Zinc is an essential trace mineral present in all our tissues. It is the second most abundant trace element in the body at approximately 1.5-3 grams in an average adult, with the highest concentrations in the muscles, bones, prostate gland and sperm in men, red and white blood cells, brain, liver, kidneys and retina of the eye.

The following benefits of zinc have been scientifically documented, all covering the most important bodily functions:

Such broad involvement of zinc in so many critical functions makes this trace mineral indispensable for maintaining health.

Since zinc is not stored well in the body, daily consumption with food is necessary. Current recommended daily intake is 11 mg for men and 8 mg for women; zinc requirement increases to 12 mg/day in pregnant and breast-feeding women. Some sources mention 15 mg/day for men and 12 mg/day for women.

Best dietary sources of zinc are oysters, crab meat, red meats, organ meats, beans, nuts, seeds, grains and eggs. Animal sources of zinc are considered superior and more bioavailable than zinc from plant sources because plants are high in phytates and oxalates which bind zinc and significantly reduce its absorption rates. For more information on dietary zinc and the list of the foods with the highest zinc content visit our page Zinc Rich Foods.

Severe zinc deficiencies are uncommon in the industrialized countries; however, mild, prolonged deficiencies can occur, they often go undetected and may become a reason for concern, especially in the elderly, people with malabsorption syndromes, diseases of the GI tract, kidney and liver diseases, in vegans and vegetarians and in those who frequent saunas (zinc is lost with sweat).

BENEFITS OF ZINC AS A GLUTATHIONE COFACTOR

In addition to all the benefits of zinc mentioned above zinc is also a glutathione cofactor. Zinc deficiency is detrimental to the metabolism of glutathione and negatively affects glutathione concentrations in many types of cells, especially in red blood cells.

As part of the copper-zinc superoxide dismutase (SOD), zinc is essential as our first line of defense against oxidation caused by our own metabolism and the work of our immune system. Properly and promptly functioning SOD eliminates the damage to the cells which would have impaired glutathione production in these cells resulting in their death.

Zinc influences the expression of the enzyme glutamate-cysteine ligase (GCL), the first enzyme that initiates the formation of a glutathione molecule by joining glutamate and cysteine. Thus, zinc plays a significant role in the metabolism of glutathione.

Although various resources on glutathione usually do not dedicate much attention to zinc as a glutathione cofactor compared to vitamin C, E or B-vitamins, for example, the above cofactor benefits of zinc are clear.

At the same time, glutathione promoting benefits of zinc are neutralized by high levels of this mineral which are toxic, suppress the immune system and lead to the depletion of glutathione. It is quite possibly that this ability of high zinc levels to deplete glutathione is the reason why some studies with zinc lozenges showed no improvement in the supplemental groups.

Zinc toxicity can occur at doses as low as 40 mg per day. Symptoms include nausea, abdominal pain, vomiting, dizziness, and lethargy.

High doses of zinc impair the absorption of copper which may lead to heart disease over time. Supplemental copper may be needed to maintain copper-zinc ratio (1:10) balanced if supplementing regularly with zinc in doses of 25 mg a day and more.

As always, discuss all supplements with your treating physician before making any changes to your nutritional regimen.

2. "Prescription For Nutritional Healing" by Phyllis A. Balch, CNC.

3. "Immunity - power up your defenses" by Lise Alschuler, ND.

4. "Glutathione. Your body's most powerful protector" by Jimmy Gutman, MD.