In addition to the sufficient amounts of precursors, certain glutathione cofactors are required for the optimal functioning of the whole glutathione system.

These cofactors are vitamin C, vitamin E, vitamins B1, B2, B6, B12, folate (B9), minerals selenium, magnesium and zinc, and alpha lipoic acid.

What do the glutathione cofactors do that makes them so important?

Without the cofactor vitamins and minerals all these processes would take much longer to happen and, as a result, antioxidant, detoxification and immune response would be inadequate.

Likewise, glutathione keeps some of these cofactors in active state, and without glutathione their effectiveness as antioxidants would be much lower leading to increased cell damage and disease. 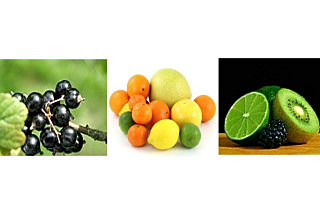 Here is a short summary of the cofactors' main functions. To take a closer look at each of them click on the corresponding link.

Vitamin C – as an antioxidant it assists glutathione in this function and has been shown scientifically to raise glutathione levels short term; it is recycled by glutathione from its oxidized state back to its active state, thus strengthening antioxidant defenses; vitamin C also recycles vitamin E and alpha lipoic acid.

Vitamin E – as an antioxidant it also assists glutathione in eliminating free radicals much like vitamin C; it is also required for the proper functioning of glutathione enzymes; it recycles vitamin C and alpha lipoic acid.

B vitamins – vitamins B1 and B2 maintain glutathione and its enzymes in their active forms; vitamin B2 participates in the formation of a glutathione molecule; vitamin B6 influences glutathione synthesis indirectly as it is important for the proper functioning of amino acids including GSH precursors; vitamin B6 increases the amount of magnesium (a vital cofactor) that can enter cells; folate (B9) pushes cysteine towards glutathione production rather than homocysteine production; folate and vitamin B12 work together in amino acid metabolism and protein synthesis. You can read more about vitamin B12 deficiency and its effect on immune health.

Magnesium - required for the proper functioning of the enzyme gamma glutamyl transpeptidase (GGT) involved in the synthesis of glutathione.

It is very important to keep the intake of glutathione cofactors above the recommended daily amounts which were designed more than half a century ago and only to prevent deficiencies.

Adequate levels of these vitamins and minerals, either from foods or with quality supplementation, will enhance the functioning of the glutathione system and provide a better immune response.

Additional information on vitamins and minerals is available at the Micronutrient Information Center of the Linus Pauling Institute here.


Return to Top of Glutathione Cofactors
Return to Home