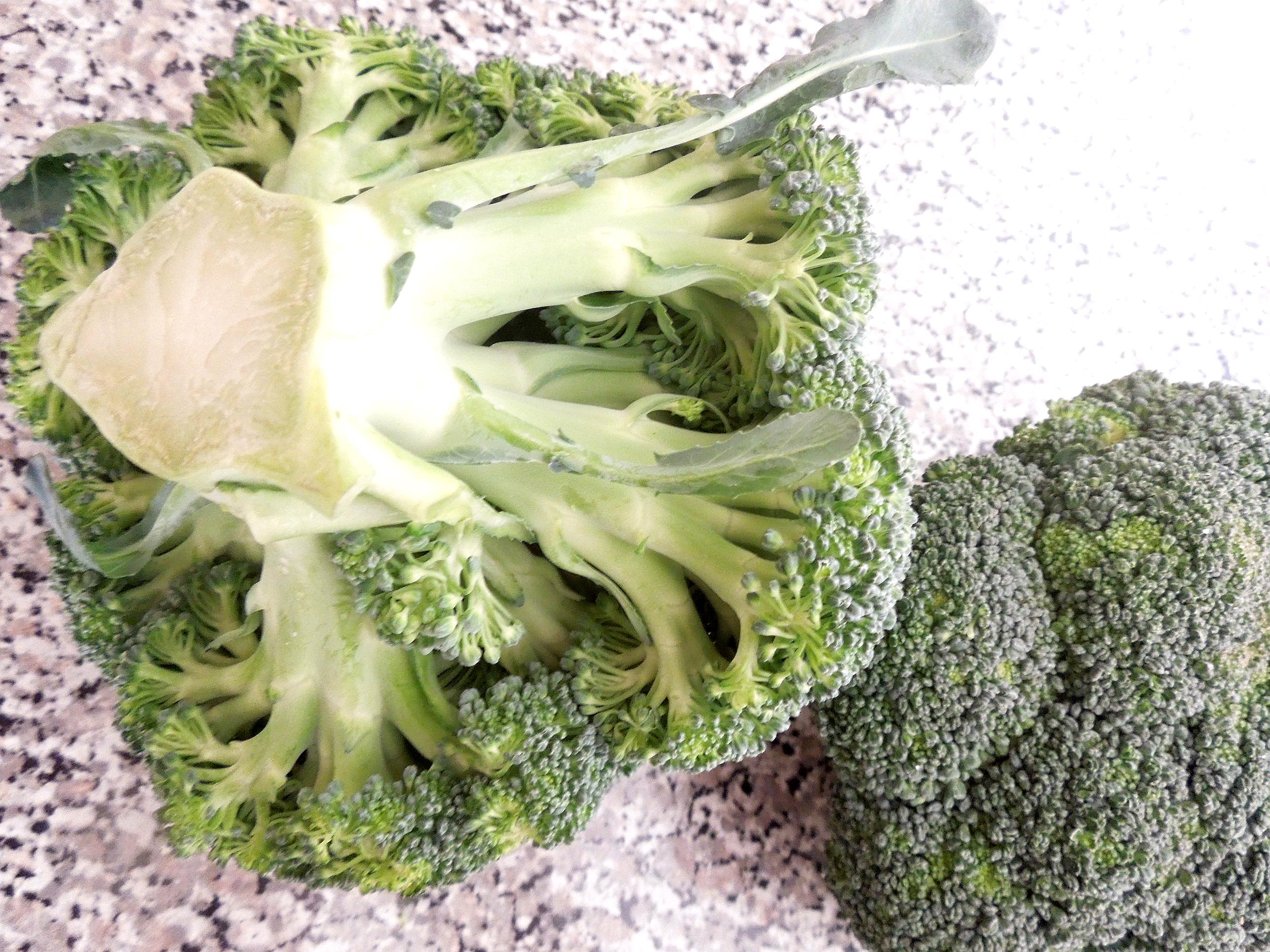 With so many articles about the health benefits of broccoli already written, I would like to review broccoli’s benefits in the light of its effect on our glutathione levels.

This is the perspective that will, hopefully, help you appreciate this nutritional powerhouse of a vegetable even more, and entice you to include broccoli into your diet every day.

Sulforaphane has been shown to upregulate the activity of all three crucial antioxidant and phase II detoxification enzymes of the glutathione system:

There is a multitude of studies (on cell culture, animals and in human subjects) proving that sulforaphane is capable of improving glutathione status through such enzymatic upregulation.

The scientists have recently identified even the mechanism of action through which this upregulation occurs – sulforaphane induces the activation of transcription factor Nrf2, a protein and a master regulator of redox state in the cell. Cellular antioxidant response is dependent on the antioxidant response element (ARE) which is found in the encoding genes. Nrf2 factor binds to the ARE and activates gene transcription which in turn induces the activity of the enzymes. To put it more simply, sulforaphane activates Nrf2 factor that binds to the ARE which activates the genes whose expression is essential for the activity of the most important antioxidant and detoxification enzymes of the GSH system.

This Nrf2-ARE pathway also activates the enzyme gamma-glutamyl cysteine ligase, the first enzyme involved in the creation of a glutathione molecule and a known limiting factor of glutathione synthesis. Nrf2 also activates the xc-system (amino acid exchange transporter) which facilitates cystine (bonded cysteine) uptake into the cells for the synthesis of glutathione. Cysteine is the rate-limiting factor of how much and how fast cells can produce glutathione. (Effect of Nrf2 activators on release of glutathione, cysteinylglycine and homocysteine by human U373 astroglial cells. Steele ML, Fuller S et al. Redox Biol. 2013 Sep 12;1:441-5).

The ability of sulforaphane to optimize the activity of the whole glutathione system through the gene pathways makes this compound an indirect antioxidant, detoxifying and anti-inflammatory agent that works on molecular level – these are the main and most important health benefits of broccoli with possible application in various health conditions.

Sulforaphane has been shown to:

Cyanohydroxybutene (CHB) is another compound in broccoli that can potentially raise glutathione levels in the liver and the pancreas. However, it is a challenge to find a balance to avoid toxicity and safely raise glutathione in both of these organs because, unfortunately, large doses of isolated CHB are toxic. All the research done with it so far is on rats only and very limited in number. Because of its toxicity CHB is even used as a glutathione depleting agent when researchers need to investigate some other glutathione boosting therapy. The oral dose of 300 mg/kg is hepatotoxic in rats. While a lower dose of 200 mg/kg is safe for the liver and even raises liver glutathione, this dose causes severe pancreatic toxicity. A single oral dose of 100 mg/kg and multiple lower doses (50 mg/kg daily for 3 days or 30 mg/kg for 6 days) cause a significant and persistent increase in glutathione levels in the pancreas, but hepatic levels remain unchanged. (Separation of the toxic and glutathione-enhancing effects of the naturally occurring nitrile, cyanohydroxybutene. Wallig MA, Kore AM et al. Fundam Appl Toxicol. 1992 Nov;19(4):598-606). Based on this study’s results the lowest safe doses of CHB may be beneficial for pancreatic glutathione levels but not for liver glutathione. Dietary CHB is safe for humans because it is not isolated and the amounts are quite low in broccoli and other cruciferous. However, supplemental CHB is unlikely to ever be developed.

Another group of cancer chemopreventive phytochemicals in broccoli are indoles. The most well-known indole in broccoli is I3C (indole-3-carbinol) which is considered to be an especially effective chemopreventive agent. I3C also stimulates the phase I and II detoxification enzymes of the glutathione system both in the liver and the cells, but also helps fight cancer through its effect on the hormone estrogen – it blocks estrogen receptors in cancer cells and inhibits the growth of estrogen-sensitive breast cancer. I3C is also able to activate cancer cell suicide genes p53 and p27. In his book “Natural strategies for cancer patients” Dr. Russel Blaylock writes that “studies indicate that the effective dose of indole-3-carbinol is 300 milligrams a day”.

Less studied and less known chemopreventive compound in broccoli is diindolylmethane (DIM). It is related to I3C but does not appear to have the same hormone-influencing properties. Nevertheless, research indicates that it can inhibit the formation and growth of breast cancer. One recent study showed that oral DIM supplementation at a dose of 300 mg/day for 4-6 weeks increases BRCA1 mRNA expression by 34% on average in women with a BRCA1 mutation. This mutation that prevents BRCA1 gene expression is a major risk factor for developing breast cancer.   (BRCA1 mRNA levels following a 4-6-week intervention with oral 3,3'-diindolylmethane. Kotsopoulos J, Zhang S. Br J Cancer. 2014 Sep 23;111(7):1269-74.).   There are also studies with cell cultures and animals that indicate DIM’s potential in the prevention and treatment of prostate, lung and gastric cancers.

OTHER HEALTH BENEFITS OF BROCCOLI

In addition to the potent phytochemicals broccoli provides good amounts of the vitamins and minerals many of which are glutathione cofactors required for the proper formation and functioning of the glutathione molecule and its related enzymes, all working in synergy with the phytochemicals to maximize the health benefits of broccoli. 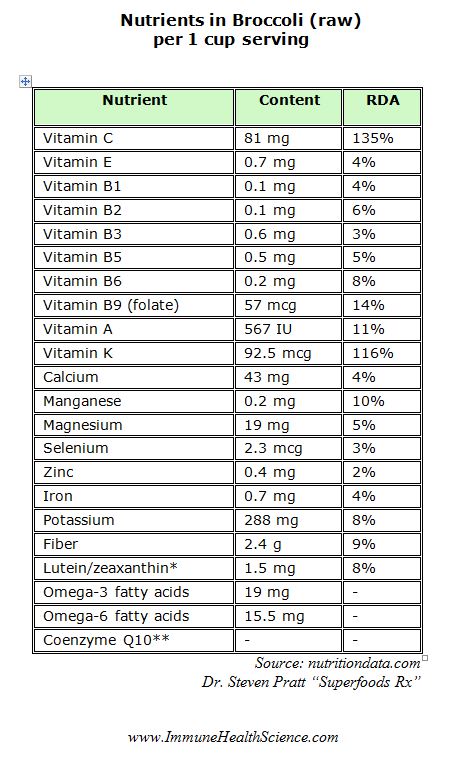 This wealth of nutrients contributes to the following additional health benefits of broccoli:

Health benefits of broccoli do depend on the condition of this vegetable and the method of preparation.

Tight, dark green broccoli florets contain more phytonutrients, the deeper the color the better. It is better to buy broccoli florets only, without the stalks, because florets are where all the nutrients are concentrated. This means you get up to 30% more nutrients for the same weight/price.

One study concluded that the cancer-chemopreventive health benefits of broccoli are about three times greater in raw than in cooked broccoli due to the loss of enzyme myrosinase to heat. This is the enzyme that converts glucoraphanin into sulforaphane. (Disposition of glucosinolates and sulforaphane in humans after ingestion of steamed and fresh broccoli. Conaway CC, Getahun SM. Nutr Cancer. 2000;38(2):168-78).

Vitamin C content is reduced by as much as 50% in boiled broccoli. Other nutrients leech into water as well. So, if you prefer cooked broccoli, it is better to lightly steam or sauté it, being careful not to overcook. Overcooked broccoli loses its crunch and changes the color from bright green to seaweed yellowish-green color.

MSM is a highly volatile compound and most of it is lost in the steam. To take advantage of MSM health benefits only raw broccoli will do.

Broccoli (and all other cruciferous vegetables) contains goitrogens, naturally-occurring substances that suppress the function of the thyroid gland by interfering with iodine metabolism in the thyroid. Excessive consumption of broccoli may lead to thyroid enlargement (a goiter), especially in people whose thyroid function has already been compromised. Nevertheless, even 2 cups of broccoli or Brussels sprouts a day is considered perfectly safe, according to Dr. Steven Pratt, the author of “Superfoods Rx”. Also, steaming broccoli reduces the goitrogenic effect.

To maximize the health benefits of broccoli, try to eat at least 1/2 - 1 cup of this vegetable every day, both raw and lightly cooked (steamed).

As always, consult a healthcare professional about any changes to your diet. 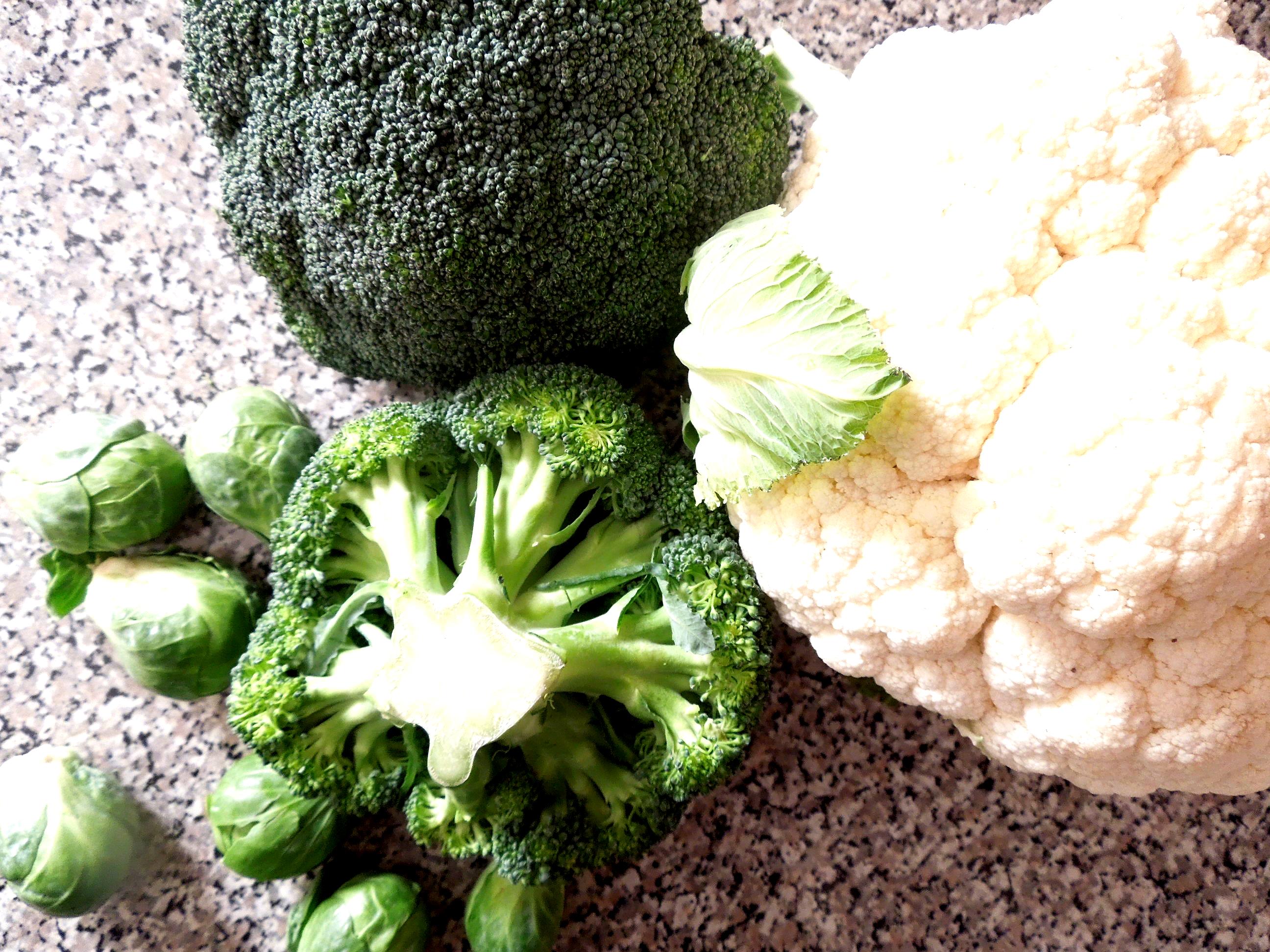