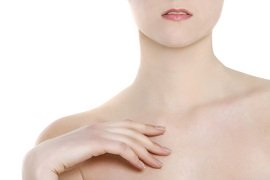 Nowadays fair skin is in fashion, and glutathione skin whitening has become one of the popular options to lighten complexion.

Now it appears that personal experiences can be confirmed by studies, and not only with oral glutathione but a topical glutathione cream as well.

There are many forums online where personal experiences are being shared, and discussions are underway about how fast the effect can be achieved with oral glutathione and what the best dosages are.

Anecdotal results vary from person to person – glutathione skin whitening effect can be achieved anywhere between 1 month to 1 year of daily oral supplementation, suggested dosages are 500-1,000 mg/day. Oral glutathione is usually well tolerated because it is a small protein molecule most of which gets broken down during digestion.

This study is the first one to confirm the effect of oral glutathione skin whitening in general population.

In this study 60 healthy medical students from Bangkok were randomized to receive either glutathione capsules, 500 mg/day in two divided doses, or placebo for 4 weeks. The outcome of mean reduction of melanin indices was measured at six different sites on the body.

At 4 weeks, the melanin indices decreased consistently at all six sites in subjects who received glutathione. But the reductions were statistically significantly greater than in those receiving placebo only at two sites out of six: the right side of the face and the sun-exposed left forearm. There were no reported side effects from using oral glutathione in these prescribed dosages.

The research team concluded that “oral glutathione administration results in a lightening of skin color in a small number of subjects. However, long-term safety has not been established and warrants more extensive clinical trials”.

What is not clear from the results of this study though - whether this statistically significant decrease in melanin indices was only registed by medical equipment, or it was actually seen by the naked eye. Also, lightening of skin only on one half of the face cannot exactly be called a desirable result.

Some people go to the extremes of considering expensive glutathione injections or glutathione IV (intravenous administration) to whiten their skin because these methods provide faster results of delivering glutathione into the bloodstream than oral glutathione.

However, it is not advisable to use glutathione injections or IV to lighten the skin color. Administration of injections or IV requires skill and dosages are not clearly defined. One of the side effects may be whitening of hair because hair color is dependent on the amounts of melanin which appears to be decreased by oral or injectable glutathione. Not to mention possible infections, allergic reactions such as rashes, hives and skin swelling. See our page Glutathione Side Effects.

In addition, glutathione kits sold online may be contaminated and unsafe to use. Some of these are simply fake glutathione aimed at a gullible consumer. It is always better to be on a safe side and not endanger your health.

Our skin is able to soak up glutathione from topical creams, and this glutathione can be transported into the skin cells where it acts as a powerful antioxidant and detoxifier.

Glutathione from creams cannot penetrate into the deeper tissues, and it cannot enter bloodstream, so there is no effect on immune health from topical glutathione application. To raise glutathione levels in organs and tissues other than the skin you need to supply your cells with precursors and cofactors that stimulate intracellular glutathione production.

However, the skin does take advantage of glutathione applied topically.

As a result of this study the following improvements were quantitavely measured and also subjectively visually observed in the glutathione cream group compared to the placebo group: the skin melanin index was significantly lower with glutathione cream treatment than with placebo starting from the early weeks of the study indicating a glutathione skin whitening effect. In addition, in the latter half of the study period glutathione treated areas had significant increases in moisture content, suppression of wrinkle formation, and improvement in skin smoothness.

This method was assessed as "safe and effective for glutathione skin whitening and improvement of skin condition in healthy women".

How to raise cellular glutathione levels effectively and safely?

Ways to boost your immune system.